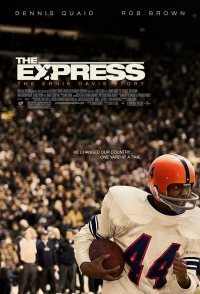 This biopic focuses on the relationship of Ernie Davis (1939-1963), a gifted African-American athlete, and his coach from 1958 to 1962 at Syracuse University, Ben Schwartzwalder (1909-1993). Schwartzwalder recruits Davis with the help of All-American running back, Jim Brown. The civil rights movement is gaining steam; Davis experiences prejudice on campus, in town, and on the field, sometimes from teammates. How he handles it and how he challenges Schwartzwalder to stand up for his players provide a counterpoint to several great seasons that lead first to a national championship and then to the Heismann Trophy.