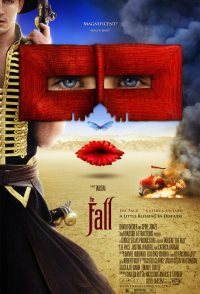 At a Los Angeles hospital in the 1920s, Alexandria is a child recovering from a broken arm. She befriends Roy Walker, a movie stunt man with legs paralyzed after a fall. At her request, Roy tells her an elaborate story about six men of widely varied backgrounds who are on a quest to kill a corrupt provincial governor. Between chapters of the story, Roy inveigles Alexandria to scout the hospital's pharmacy for morphine. As Roy's fantastic tale nears its end, Death seems close at hand.