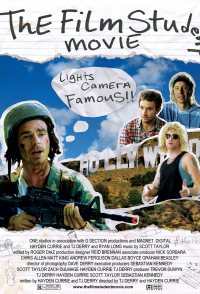 After being expelled for a tasteless final assignment at his film school, dim-witted Hayden Currie decides the best way to rebound is to show the world how it's really done! With no ideas, very little basic knowledge or IQ, and a love for marijuana, Hayden struggles to find himself, eventually making a life changing decision. Follow the antics that ensue as the delusional former student tries to write, direct and eventually act in his self-proclaimed 'epic war film' he hopes will pave the way for his future, and in a bizarre turn of events, sort-of does... In a way...