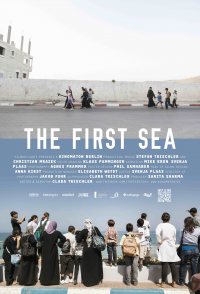 Growing up in times of conflict - 13-year old Palestinian girls Wafaa and Raneen from two different Westbank villages are faced with the option of going on a one-day trip to the beach in Israel. Although they live only a few kilometers away, they have both never been to the sea. Israeli peace activists organize a day at the beach in Tel Aviv for Palestinian women and children, to let them exchange the view on the Wall against the horizon. One summer morning, Wafaa is preparing for the journey and imagining pretty people in Israel, while Raneen is playing freedom fighter with her friends. Her village is in constant conflict with the Israeli soldiers and for her and her parents it is out of the question to spend a beach day with the "others". Is the day by the sea a one-day utopia? Or a possible future?