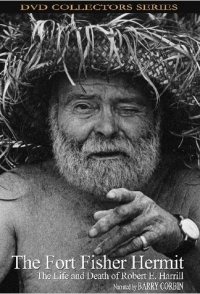 Robert E. Harrill, The Fort Fisher Hermit, spent 17 years under the stars and scrub oaks of Fort Fisher, North Carolina. Surviving off the land and the contributions from thousands of visitors, the Fort Fisher Hermit became one of the areas largest tourist attractions. But Robert's new life wasn't as idyllic as he made it out to be, and his untimely death is marked by mystery and controversy. This film examines the reasons that led him to become a hermit, his growing popularity, and the mysterious circumstances surrounding his death. Filmed in North Carolina.