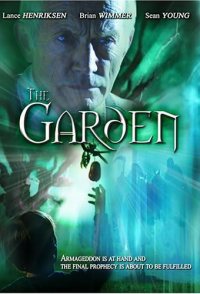 The boy Sam is tormented by dreadful visions and nightmares and self-inflicts injures to his body. After a period in the hospital, Dr. Cairns tells Sam's father David that the boy is affected by the divorce of his parents and a period together with him would be good for Sam. David travels with Sam in his truck but Sam sees a spirit on the road and pulls the steering wheel off his father, provoking a car accident. Out of the blue, the farmer Ben Zachary rescues them and offers a job to David in his farm. He accepts the offer and enrolls Sam at the local school. Sam has Bible classes with Miss Grace Chapman and sooner he leans that Mr. Zachary is the devil and the place is the Garden of Eden. Further, Zachary has an evil plan for David.