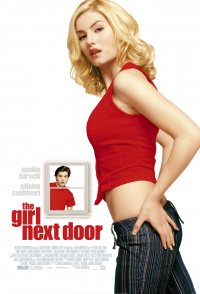 18-year-old Matthew Kidman is a straight 'A' over-achiever who feels that he has never really lived life to the full. That is, until he meets 'the girl next door'. Danielle moves in next door, and Matthew thinks he's found the girl of his dreams. All is going well, until Matthew's sex-mad friend Eli reveals that Danielle is actually a ex-porn star. Matthew doesn't know how to take the news or how to treat Danielle, and things go from bad to worse when Danielle's former producer Kelly appears to take her back.

Directors: Luke GreenfieldWriters: Stuart Blumberg
Search for articleSearch for trailerSearch for everything