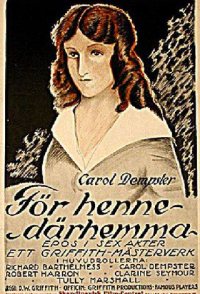 When Ralph Grey visits France with his father, a shipbuilder, he falls in love with Blossom, the granddaughter of his father's friend, a Civil war veteran not reconciled with the Union. Blossom is already engaged to a French nobleman known as Monsieur Le France. When the war breaks out, Ralph enlists, while his brother Jim, a heart-breaker known as Oily, is drafted. After trying to get out of serving, Jim gets a promise of faithfulness from his sweetheart, cabaret dancer Cutie Beautiful, and goes to a training camp where he matures. Ralph and Jim, in the same regiment, serve admirably, with Ralph receiving honors for his heroism in the Lost Battalion. When Blossom's chateau is attacked, her fiance dies, and after she saves a German officer, he kills another German about to attack her and then dies himself. Blossom's grandfather welcomes the Americans by flying the stars and stripes, and since Cutie remained faithful despite many temptations, the two couples marry.

Different from the Others
Total votes: 1,119
Average rating: 7.0
Switch to mobile version