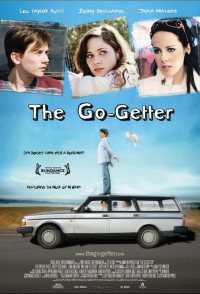 In Eugene, Oregon, Mercer, 19, wants to tell his wayward half-brother, 18 years older than he, that their mother has died. He has an address in Shelter Cove, so he steals a car from a car wash and heads south. Nothing is simple: his brother is gone, but he left resentment Mercer has to deal with. He gets an address in Reno and stops in Fallon to hook up with a girl he knew in middle school. Reno's a bust, but she promises sex if Mercer will drive her and two friends to Mohave. His plans go awry. From time to time, the car's owner calls him on a cell phone left in the car. Her arch but friendly voice gives Mercer needed empathy. Will he ever find his brother, and if so, what then?