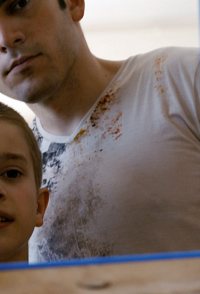 Markov and Hamilton are fellow French Legionnaire's at the end of their posting in Afghanistan. An ambush results in an abdication of duty-despite it stemming from an act of fidelity. Markov joined the Legion as a foreign refugee, hoping to gain his French citizenship and provide a better life for his young son. Ultimately, the complications of immigration and legal status takes a heartbreaking turn but also a primal urge to do right by those who have committed their lives to saving others'.