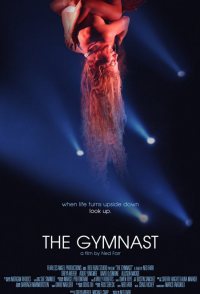 The talented Jane Hawkins (Dreya Weber, Lovely & Amazing) was an impressive gymnast at the top of her game until a devastating injury ended her career. Now she pours the passion, strength and discipline that once fueled her sport into maintaining both a tedious job as a massage therapist and a loveless marriage. A chance meeting leads sets Jane on a new path: performing a CirqueDu Soleil style aerial act with a mysterious and beautiful dancer named Serena (Addie Yungmee). Each of them are illuminated by the presence of the other, but there are distractions. Jane is distressed by her lack of children while Serena is a closeted lesbian who tackles stereotypes with being an adopted Korean daughter of Jewish parents. As the stunning pair prepares to audition their act for a Las Vegas show, the gravitational pull between the two women becomes increasingly unavoidable... A visually compelling film that challenges notions of both ability and identity, THE GYMNAST is foremost a story about ...