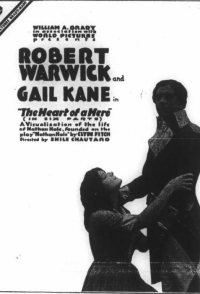 When the Revolutionary War begins, Nathan Hale joins the militia and quickly rises through the ranks. Then, Nathan volunteers for an important spy mission even though his sweetheart, Alice Adams, begs him not to go. Guy Fitzroy, loves Alice and supports the British, learns of the mission and uses Alice herself to betray Nathan. He invites her to an inn where Nathan, posing as a British loyalist, is staying along with a group of British soldiers. When Alice, a known revolutionary sympathizer, embraces Nathan, it is a sign that he himself is fighting for the Americans. The British immediately arrest Nathan and then hang him, but not before he gives the results of his espionage to Alice, so she can take them to the American high command.