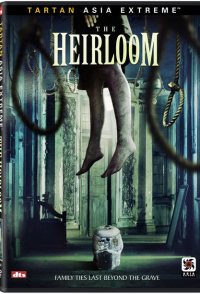 After living abroad for years, a young man returns home to Taiwan after inheriting the family home, a house built 70 years before but empty for the last 20 years. Moving in with his fiancé, they and their close friends begin experiencing strange things, including the fiends winding up in the house at midnight with no memory of how. Family secrets connected with the ghosts of dead children could be at the bottom of the goings-on, and the man's fiancé tracks down his only living relative for answers.