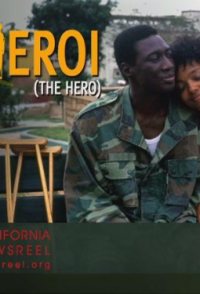 When he was 15, Vitório was recruited by Angolan army, where he would stay for two decades fighting. In his last mission, he was hit by a mine and lost a leg. After a long time waiting, he finally manages to secure a prothesis. With no job and unable to find his family, he faces indifference and mockery. One night, while sleeping on the street, somebody steals his prothesis. But he finds support on three people: the prostitute Judith, the boy Manu and Joana, Manu's teacher.