The Hound of the Baskervilles ratings (Movie, 1915) 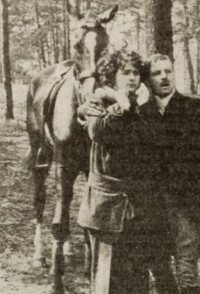 All who have read the celebrated novel remember the Great Dane that terrorized the superstitious community surrounding the home of the Earl of Baskerville. The death of Sir Charles of Baskerville was connected by the tenantry with the reported appearance of the dreaded hound. Subsequent to the Earl's death, his nephew, Henry, fell heir to the estate. He was notified by the attorney to come to Baskerville but received a warning from another source to remain away. Despite the warning, Sir Henry goes to the manor where he meets Mr. Stapleton, the caretaker. He also learns of his uncle's animosity against Roger, another nephew who was disinherited. Following his coming, Sir Henry soon has cause to fear the hound. He sends an urgent sail to Sherlock Holmes, a great detective. The call is intercepted by Stapleton, who impersonates Holmes. The real Holmes learns of the interloper and goes to Baskerville to investigate. A series of remarkable and terrifying events follow, which almost result ...