The Inn of the Sixth Happiness ratings (Movie, 1958) 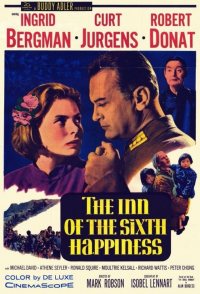 All her life Englishwoman Gladys Aylward knew that China was the place where she belonged. Not qualified to be sent there as a missionary, Gladys works as a domestic to earn the money to send herself to a poor, remote village. There she eventually lives a full and happy life: running the inn, acting as "foot inspector", advising the local Mandarin. and even winning the heart of mixed-race Captain Lin Nan. But Gladys discovers her real destiny when the country is invaded by Japan and the Chinese children need her to save their lives.