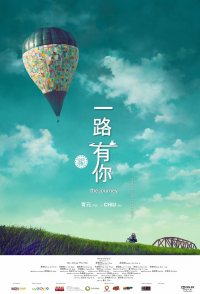 The Journey is a cross-continental story that explores the idea of culture, not just as tradition but as an expression of love. When Bee (Yew) returns to Malaysia for the first time in a decade - she introduces her conservative father Uncle Chuan (Lee) to her happy-go-lucky British fiancé, Benji (Pfeiffer). With Benji's lack of cultural understanding and comprehension of Chinese traditions, Chuan opposes their marriage. Unexpected circumstances ensue, and Chuan reluctantly submits to their union, on the condition that their wedding adheres to Chinese tradition. Part of that tradition is that Chuan must invite all of his childhood friends personally. So the quintessential odd couple, Benji and Chuan, embark on a cross country adventure to deliver the invitations. Despite language barriers and initial hesitation from both parties, the two men come to realize that their priorities are essentially one and the same.