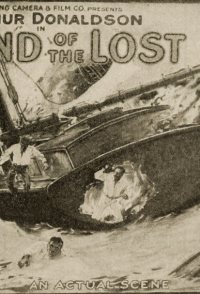 John R. Bradley, a wealthy ship builder, seeks a title for his daughter, Miriam. Mr. Bradley introduces Baron de Coverly, a fortune hunter to Miriam. The baron becomes an ardent suitor and after a short courtship Miriam consents to be his wife. They start for a long cruise on Mr. Bradley's new schooner, Carpathia. Captain Hastings is taking his son, Gilbert, a rising young artist, on the cruise. Miriam and Gilbert become friends and the jealousy of the baron is aroused. During a drunken frenzy the baron sets fire to the schooner. Mr. Bradley and Miriam escape in a boat; the baron jumps into the sea and causes the disappearance of the father. The girl left helpless, Gilbert, grabbing a piece of wreckage, binds her to it and starts his battle for life. With the dawn of day Gilbert guides the now unconscious form on the spar to a cave of rocks. Fate casts the baron upon the same island. Gilbert makes a bow and arrow with his pen knife. Sighting a duck, he raises his bow and watches the ...