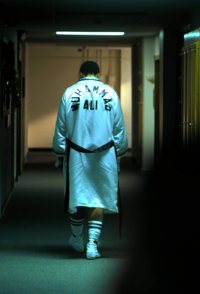 The Last Punch tells the true story of James Cornelius, an Atlanta hustler turned boxing promoter who used his street smarts to navigate the shark-infested waters of the 1980s fight game. James must race against the clock, evade the F.B.I., and somehow find a way to make Muhammad Ali's last fight, The Drama In Bahamas, a reality. The Drama in Bahamas was Muhammad Ali's final and most infamous fight. But the battle that raged outside the ring was even more compelling. At the center of that drama was the fight's promoter, James Cornelius, a street-wise man from Atlanta who had to navigate the shark-infested waters of the fight game, and stay one step ahead of the authorities while doing so. Based on true events.