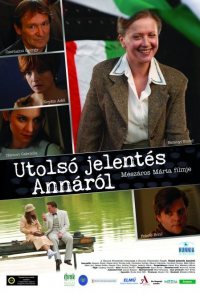 This film is the first one since the political changes in Hungary to deal with the topic of informants. It vividly depicts the atmosphere of Hungarian society in the seventies. The protagonist is Peter, a literary critic, is tasked by the secret police to persuade Social Democratic politician, Anna Kethly, who has been living in exile for decades, to return home. Kethly, once a minister in the government of Imre Nagy, has been fighting since 1956 to preserve the memory of the revolution and to unmask the true nature of the Kadar government. The meeting between Anna and Peter is a duel of minds, summoning up old memories and historic eras, while bringing deeply buried emotions to the surface.