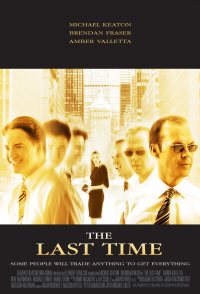 Ted Ryker is the top salesman in the New York office of a business machine company; the corporate stock lives by quarterly sales numbers, the competition is keen, and the economy may be in a downturn. Ted's company is marking time until a new product is ready - probably in a few months. Into the mix comes a new hire, a callow Midwesterner named Jamie, who's come East with his fiancée Belisa. Ted's a cynic - with a failed love in his past; he's profane, he's a lousy team player. He watches Jamie flounder, failing with presentation after presentation. Then, Ted finds a mutual attraction to Belisa. Where can this end?