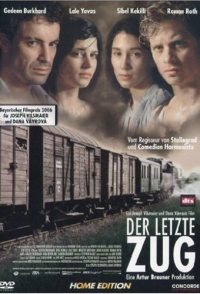 The year is 1943 and the "last of the Jews" are being "evacuated" from Berlin. They are locked in cattle cars with no food and little water. During the trip several of the characters are drawn out and vignettes of their lives are highlighted to restore some humanity to their animal existence aboard the train. The suffering and agony is palpable. Some parts can be watched in double speed as they are just just filler. If you exclude the final theatrical device thrown in at the end, the movie is worth watching for it's historical relevance.