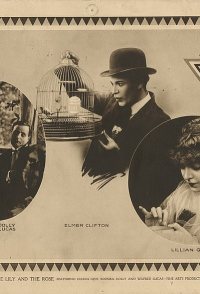 To the dismay of Allison Edwards, her bookworm, adoring neighbor, Mary Randolph, falls in love with and marries Jack Van Norman, a rich and handsome former football star. After a few months of marital contentment, Jack becomes infatuated with Rose, an exotic dancer. Despite Mary's attempts at winning him back, Jack agrees to a divorce, moves in with Rose and leaves Mary to bear their baby alone. The new couple live happily at the seashore until Jack discovers that whenever he goes away on business, Rose entertains other men. Despondent over Rose's repeated infidelities, Jack commits suicide. At his coffin, Mary forgives him and then finds solace in the arms of the faithful Allison, now a successful author. After dedicating his latest book to her, Allison proposes marriage, and he and Mary happily wed.