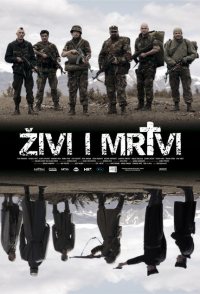 In 1943, group of Croatian soldiers overtake a strategically important point in western Bosnia with a goal to destroy a group of communist partisans. On the way they met some supernatural phenomena, and the action itself went very badly because the partisans ambushed them. The main character Martin inherits silver cigarette case from a dying soldier. This act connects to the story in 1993 when we meet Martins grandson Tomo. He is one of six soldiers of the Croatian army who have come to the same place in Bosnia to meet the same phenomena and similar fate.

The Chronicles of Narnia: The Lion, the Witch and the Wardrobe
Total votes: 360,818
Average rating: 6.9