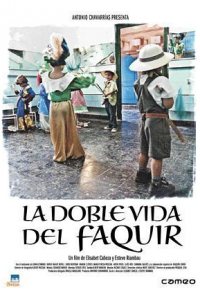 La doble vida del faquir (The magicians) returns to the scene of a school in the Catalan town of Sant Julià de Vilatorta where, in 1937, in the midst of civil war, a film-maker in hiding and a group of orphaned children dressed up as sultans and explorers shot an exotic adventure film. The films protagonists relive those childhood days when they were able to switch their school smocks for oriental turbans, while reality imposed its own fancy dress ball with military uniforms and priests dressed in civilian garb.