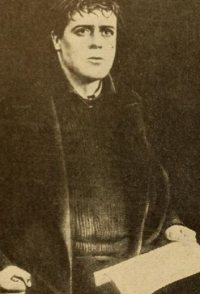 Pete Quilliam, a fisherman on the Isle of Man, and his best friend, a lawyer named Philip Christian, are each in love with Kate Cregeen, an innkeeper's daughter. Pete is rejected by the girl's father and leaves for South Africa to seek his fortune. When Pete is reported dead, Kate is saddened yet relieved, for she really loves Philip. But Pete returns with enough wealth to overcome the father's objections. Obedient to her father, Kate weds Pete, hoping for the best.