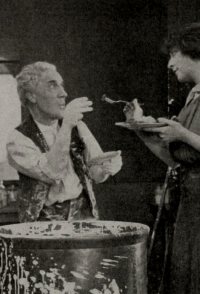 Joseph Chandler, owner of the Tatlow Potteries is in serious financial trouble and is about to be closed down by his creditors, which will mean the ruin of the small town. Cyrus Blenkarn, an employee, has discovered a new transparent glaze that will revolutionize the industry, which Chandler pays him fifty pound for, uses it to new funding from his creditors, and takes all the credit for being the savior of the town. Blenkarn vows revenge and it comes, via a discovery in South Africa.