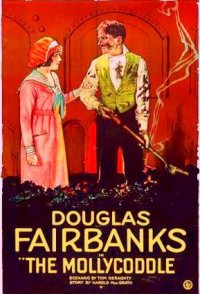 What's the difference between a primitive (such as Hopi Indians or Richard Marshall the Fifth's two-fisted pioneer ancestors) and a sophisticate (in this case Richard Marshall V, raised in Monte Carlo playing polo in spats and a monocle)? Richard meets up with some Americans abroad who can't believe he's an American too. He's invited to sail with them to Galveston and then head for Hopi land in Arizona. Little does Richard know that he's stumbled onto a diamond-smuggling operation, that one of the yachting party is in the secret service on the trail of Van Holkar, their host, and that soon all of Richard's instinctual mettle will be tested, mettle he didn't know he had.

The Four Horsemen of the Apocalypse
Total votes: 3,048
Average rating: 7.2