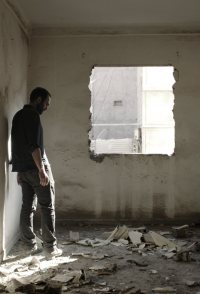 A young orphan, Aicha, is found alone in the forests of central Morocco. She has a personal history that reveals a courageous attempt at self-determination. Taken and sold from her home in the hills of the Atlas mountains, Aicha finds herself at the mercy of Abbas, a petty criminal, and his conflicted girlfriend, Nadia. They soon cross paths with Zacaria, a Moroccan/Iraqi writer, who has left everything behind- including a passionate relationship with a teacher, Judith- to follow in the path of and search for his missing brother. The group embarks on a journey that will lead them from Morocco, to Istanbul, across the plains of Kurdistan, to Iraq and beyond.