The Neorealism: We Were Not Just Bicycles Thieves ratings (Movie, 2013) 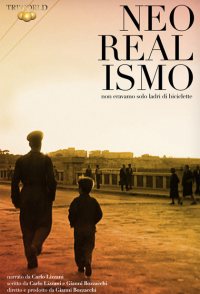 This short film tells the story of the most important cinema trend that Italy has ever produced - Neo Realism. Born after the Second World War, this veritable cultural revolution rapidly became a boundless source of inspiration for movie-makers throughout the entire world. Even today it influences those wanting to produce quality movies characterized and identified as Italian products able to be exported as well. It is precisely one of the masters of this unique current rich in different personalities who introduces the story - Carlo Lizzani - whose 'lesson' reconstructs the birth and development of Neorealism in Italy. It combined innovative movie techniques with a new view based on a 'true' interpretation of reality. Due to its high cultural value, this short film was given the highest reknown of the Presidency of the Republic of Italy.