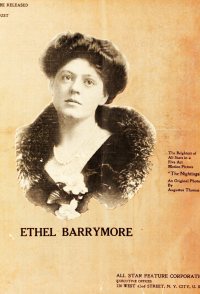 Franti, an organ grinder of the poor districts of New York, has a daughter, Isola, who sings to his street piano's accompaniment. Andrea, a worthless son, and a member of the notorious "Red Galvin Gang," is a great burden on his father and sister. Nathan Marden, a wealthy banker, is attracted by the wonderful voice of Isola, the street singer, as is also his son, Charles Marden. Andrea, the worthless son, upon refusal of his continual demand for money, is overheard complaining by the gang, who send his father a black hand letter, threatening destruction if their demands are refused. Charles Marden, not being able to forget the wonderful voice and attractive appearance of the street singer, solicits his friend, David Mantz, a vocal instructor, to help him find the unknown artist. Mantz locates Isola and offers her vocal training, but her father will not listen to it, and she reluctantly declines. Franti, refusing the demands of the black banders, is killed by a bomb, and Isola and ...