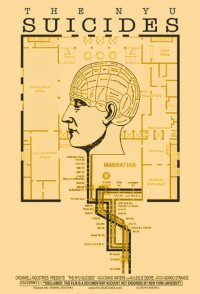 In the course of one year, six students in New York City, at the worlds most famous college, NYU, all committed suicide by jumping from Manhattan buildings. This film tells the story of how the series of events unfolded and explores some possible answers to the tragic deaths. Traveling from the halls of Harvards mental experts, to the streets of Japan where suicide is rampant, the film also delves into the pharmaceutical industry, as well as the underground history of New York City.