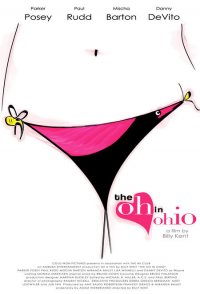 In Ohio, Priscilla Chase is the VP of a company that works bringing new business to Cleveland. She has been married for more than ten years with Jack Chase, the biology teacher from the local public school. Priscilla is successful in her career but is frigid and has never reached an orgasm, hurting her frustrated husband. When Priscilla decides to buy a vibrator, Jack is seduced by his teenage student Kristen Taylor and recovers his self-esteem, working out, losing weight and dressing adequately. Priscilla has new sexual experiences and becomes closer to Wayne the Pool Guy, the constructor of swimming pools in her neighborhood since she was a child. The new relationships upgrade the personal and professional lives of Priscilla and Jack.