The Origins of Wit and Humor ratings (Movie, 2015) 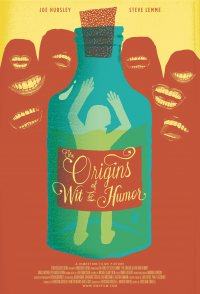 After the end of a long relationship, comedy writer Les Candalero (Joe Hursley; Accepted, Resident Evil Extinction, Fast & Furious) melts into self-doubt. He'll try anything to move on, even a mail order elixir that makes you irresistibly funny. It works... too well, which casts doubts on the one thing he's let define him - his sense of humor. With the help of his best friend, Pops (Steve Lemme; Super Troopers, Beerfest), Les sets out to flush this aphrodisiac from his system. Along the way, surreality begins to blossom throughout his world and Les has to accept that his desperate need for approval was the real cause of this. Can he be funny and human at the same time? Can he be more? Is it too late for those questions? Does this hat look funny?