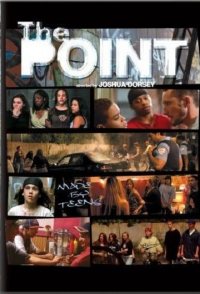 The Point is the name commonly given to one of Montreal's poorest neighbourhoods, Point St. Charles. In this film, the stories of 35 kids from the Point, gathered at scripting workshops, are woven into a narrative structure by screenwriters, and the kids play themselves in front of the camera. The result is a remarkable drama about one fated weekend when the teenagers' lives unexpectedly intersect to solve a mystery that has haunted their neighbourhood for years. A truly collaborative process from page to screen, The Point gives sound and vision to these teenagers born on the wrong side of the tracks.