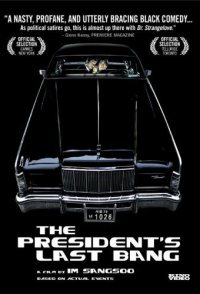 On October 26, 1979, President Park Chung Hee, who had ruled South Korea since a 1961 coup, was assassinated by Kim Jae Kyu, his director of intelligence. The film depicts the events of that night, with a coda about the fate of each conspirator. While Park dines in the Blue House with two associates and two young women, Kim carries out his plot. He talks briefly of bringing democracy; mostly he seems irritated. The other assassins seem without motive beyond following orders. The killings are bloody, the aftermath equally disorderly and haphazard. Can major events of history be so mundane, so nearly comic?