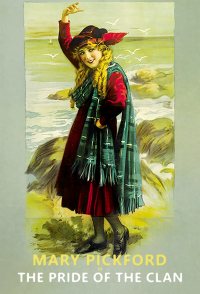 Among the simple fisher-folk of a little island off the west coast of Scotland lives MacTavish, head of a clan. Here he rules as a chieftain and his word is law. One day a hurricane sweeps across the Hebrides and the fishermen turn their boats to the inlet for shelter. On the shore the women and children watch the fight of their men with the waves. Among those who wait is Margaret MacTavish, who sees her father's boat dashed to pieces in the roaring surf. A party of men headed by Jamie Campbell, try to rescue the old chieftain but the waves close over him before they can reach the battling craft. With MacTavish lost, according to the law of the island the succession of authority passes to his daughter Marget, just eighteen. She, with a spirit of kindness and in a tender, sweet and girlish way, rules the fishermen and their families. Her disposition wins them. Jamie Campbell, a young fisherman, has won Marget's heart, Jamie has always been regarded as the son of Mrs. Campbell, one of ...