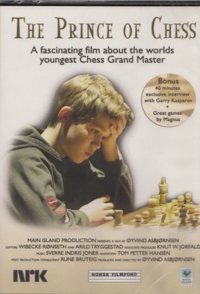 Chess prodigy: 13-year-old Norwegian Magnus Carlsen is the world's youngest Chess Grand Master. The Carlsen family sublet their house for a year in order to travel around with Magnus and help him fulfill his potential as a world class chess player. From Iceland to Libya, he has sought battle with chess icons such as Karpov and Shirov. We follow him through important tournaments as well as daily life, trying to understand the workings of his brilliant mind. The film also looks at the game of chess as a player in both cultural history and international politics. Magnus has one ultimate dream: To outwit the chess king above all, World Champion Garry Kasparov - and to one day claim that throne for himself.