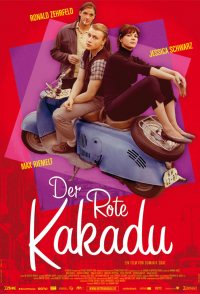 In April 1961, in Dresden, the teenager Siggi meets the aspirant poetess Luise in a park and falls in love with her. He befriends her husband, the womanizer worker Wolle, to be close to Luise. Siggi smuggles porcelain objects that belonged to his parents to West Berlin to sell and make money to go to a night-club with Wolle and his friends. Meanwhile, the totalitarian system increases the repression of the youngsters and Wolle is arrested by the dictatorial regime. Siggi publishes Luise's poems and she is arrested. Siggi assumes the blame to release Luise but when he is chased by the Stasi, he calls Luise to go with him to the West Germany. Luise promises to meet him but she would bring Wolle with her. On 13 August 1961, the German Democrat Republic begins building the Berlin Wall.