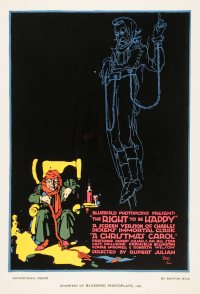 Scrooge was a "grouch," the greatest the world of literature has ever known. His former partner, Jacob Marley, had been dead more than seven years when the eventful Christmas Eve closed in on London. So imbued had Scrooge become with greed for money that his world, his sun, moon and stars were represented in bank notes and the securities he dealt in. He had not given Marley a thought since the day he buried him, and Scrooge celebrated that day by driving the best of business bargains. On this Christmas Eve Bob Cratchit, his faithful clerk, had been sent home with a gruff word instead of a "Merry Christmas" and had been told because he was to have the day off he must come to work extra early on the following morning. Scrooge's nephew had made his accustomed call to ask the old "grouch" to dine with him; and Scrooge had been his usual surly self in refusing. Kind-hearted collectors for charity had called, and Scrooge had turned them away with a snarl. There was no Christmas spirit, so ...