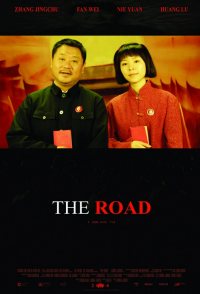 Aboard a bus in the rural mountains of China, a naive young girl name Li Chunfen attends to passengers' needs, all the while speaking of the virtues of the Communist Party. The always loyal Li is happy to serve the driver, Old Cui, a kind of father figure to her who also acts as the consoling voice of the party. When she develops an acute case of puppy love for a frequent passenger -- an emotion that leads to a chased kiss and a rape report, she learns all too well that her party and driver might not always have her best interests in mind. But how big of hand will the Cultural Revolution play in Li's life? How much control will she have over her own fate? Spanning five decades of Li's life, The Road is a coming-of-age tale of epic proportions. Heartbreakingly beautiful -- the countryside cinematography is jaw-dropping -- and tragically timely, the film stands out as a masterful work from a powerful new Chinese voice, director Zhang Jiarui, reminding us of a painful history and warning...