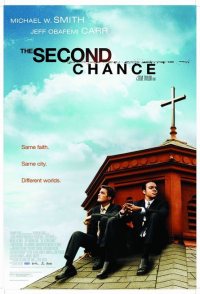 Ethan Jenkins (Michael W. Smith) and Jake Sanders (introducing Jeff Obafemi Carr) are both passionate pastors who worship the same God from the same book--but that's where the similarity ends. White and well-to-do Ethan is comfortable in his music ministry at the media-savvy suburban mega-church, The Rock; Jake is a street smart African-American who ministers to the gang members, teen mothers, and drug addicts of the urban Second Chance. When they are suddenly thrown together in a tough neighborhood and forced to work side by side, Ethan discovers there is no boundary between the streets and the sanctuary. But can the faith these two men share overcome the prejudices that divide them to give themselves and a struggling urban church a second chance?