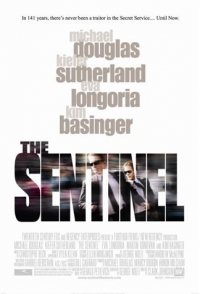 A man who has devoted himself to serving the leader of the free world is accused of plotting against him in this thriller. Pete Garrison (Michael Douglas) is a veteran Secret Service agent who has had a long and distinguished career helping protect the president of the United States. David Breckinridge (Kiefer Sutherland) is a fellow Secret Service agent who learned most of what he knows from Garrison and holds him in great respect. When intelligence data suggests that there is a mole within the Secret Service who is part of a plot to assassinate President Ballentine (David Rasche), Garrison launches an investigation to ferret out the rogue agent, and asks Breckinridge to go over the evidence with a fine-toothed comb. Breckinridge is shocked when the clues point to Garrison as the traitor within the Secret Service, but his sense of duty compels him to see that his former mentor is placed under arrest. Garrison eludes his captors and struggles to prove his innocence while tracking down...