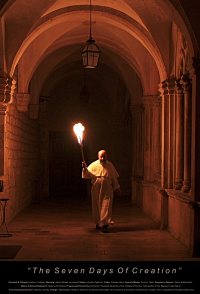 Priest Marko Bobas was seriously injured in the shelling of Dubrovnik. After a long and precarious operation, he miraculously awoke from clinical death. Unaware of the life he had led before, and while searching for his own identity, he discovered he had a talent to work with wood. Grateful to God for saving his life, he began to create wooden sculptures with a religious theme, and to give them as a present to the people around him... So far he has made thousands of artworks in wood without keeping any for himself... What he did keep is the gift of wisdom he received during his mystic life in the silence of the monastery...