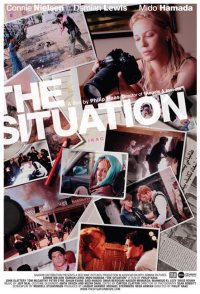 Americans in Iraq, insurgency rising, truth illusive. U.S. soldiers in Samarra throw boys off a bridge; one drowns. An American reporter and her Iraqi photographer pursue the story. Samarra's mayor aids the U.S. and fears the rising power of an ex-Republican Guard. The mayor uses a Baathist ex-diplomat to sell out his rival. The diplomat wants a post abroad, so he trades "intel" for safe passage. The reporter's lover, a CIA man in Baghdad, pushes for progress on public works in Sumarra; he promotes cooperation with Rafeeq, an intellectual whom other Americans call an insurgent. Rafeeq is in danger. All roads lead to the village of Al Tawr. War at its most opaque: Iraqis call it "the situation."