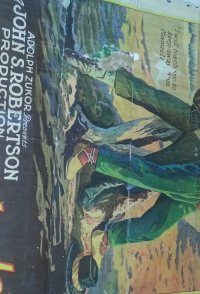 Mañuela, who is made the subject of a wager by her stepfather and thus falls into the power of Esteban, a gambler, is warned by Gil Pérez, a romantic adventurer, and she runs away. Esteban pursues them, and Oswald Manvers, a young American, rescues Mañuela from a band of ruffians outside the city; in a struggle with Esteban, Mañuela prevents him from killing Manvers, and falling on his knife he dies while the girl escapes. Don Luis, Esteban's father, hires an assassin to slay Manvers and revenge his son's death, but he succeeds only in wounding him. Mañuela gives herself up for the slaying of Esteban and is sentenced to life imprisonment; but Spanish law allows her release if a man is willing to wed her, and Manvers agrees. Mañuela offers her own life to Don Luis if he will spare Manvers; but Pérez, whom Mañuela really loves, intervenes, and Don Luis frees Mañuela from her pledge.