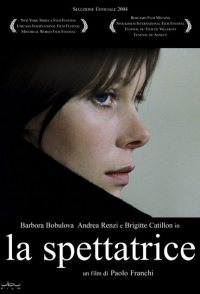 Valeria is a 26-yr-old inhibited and solitary girl. She lives in Turin, Italy, where she works as a simultaneous translator. There are no romantic relationships in her life, but she allows herself one almost ritualistic attachment: that of observing Massimo, a man in his forties who lives in the apartment across the street from her, totally unaware of her. Occasionally, they have a few fleeting encounters - Valeria happens to translate for Massimo at a conference - and eventually something starts growing between them. When Massimo moves to Rome, Valeria's existence falls apart. On a sudden impulse, she decides to leave Turin and follow him there. In Rome, Valeria soon finds out that Massimo has another woman - Flavia. Valeria causes an "accidental meeting" with her and a certain immediate sympathy between the two women develops, along with a strange mutual curiosity. Nonetheless, their "friendship" is based on subtle betrayals and lies. Flavia in fact uses Valeria's fragile ...