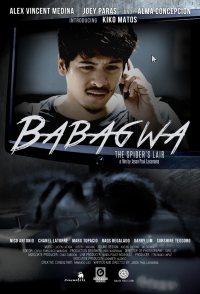 A man, Greg, whose going past his heyday as a bodybuilder and facing problems both with his quarreling parents and over-bearing girlfriend turns to conning people for money using a made-up Facebook account as part of an elaborate scheme devised by his manager, Marney. Their operation gets compromised when Greg falls in love with their latest victim, Daisy, an older, single woman. This is a story of deceptive people and how they feed on other people's want for love, sex and money.