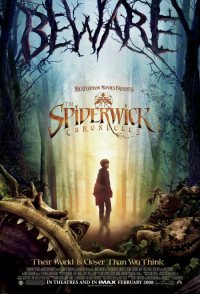 Once upon a time, upon moving into the run-down Spiderwick Estate with their mother Helen (Mary-Louise Parker), twin brothers Jared (Freddie Highmore) and Simon Grace (Freddie Highmore), along with their sister Mallory (Sarah Bolger), find themselves pulled into an alternate world full of fairies and other creatures. Unable to explain the strange disappearances and accidents that seem to be happening on a daily basis, the family blames it all on Jared. When he, Simon, and Mallory investigate what's really going on, they uncover the fantastic truth of the Spiderwick estate and of the creatures that inhabit it.