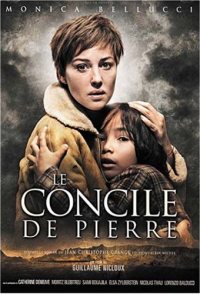 In France, the single translator Diane Siprien adopts an Asian baby named Liu-San in a foundation directed by Sybille Weber. Years later, a weird mark appears on the boy's chest and Diane and Liu share their dreadful nightmares. Diane is assigned for a three-day job in German and she leaves Liu with her friend Sybille. However, while going to the airport, Diane finds Liu hidden in the backseat and startles with an eagle flying toward the windshield, crashing her car. Liu falls into a coma and his digital recorder records the boy speaking in an unknown dialect. When Diane searches the translation and the origins of Liu, she is surrounded by mysterious murders. She discovers that the dialect is from the mystic Mongolian Tseven tribe and that Liu is a powerful Observer; further, he is in danger, threatened by sorcerers that need the boy for their Council of the Stone.